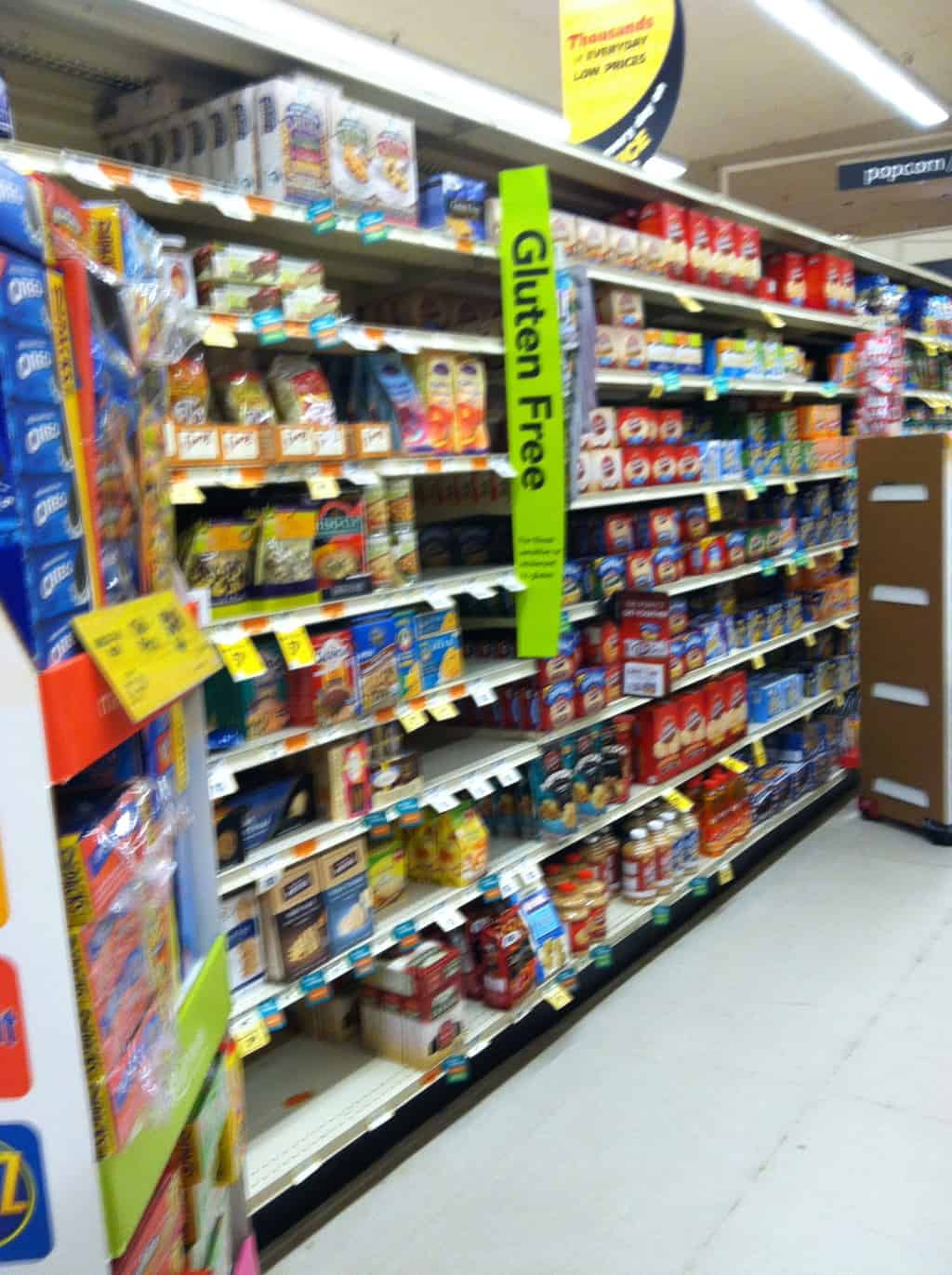 As I watched my husband eat his lunch — a gorgeous short rib melt on rosemary focaccia — I couldn’t help but say, “That looks really good.”

Just as I’d said when he’d bought a pretzel at a baseball game. It looked amazing, and, I suspect, tasted as good as it looked. But I didn’t want a bite, never even thought about tasting it. In fact, one thing about me and gluten-filled foods: I mostly don’t miss them at all.

Oh sure, I stare with some envy when other people tear into a beautiful, thick pizza crust while I nibble on my less-than-thick gluten free pizza. And I’d love, on occasion, to have the freedom to hit a drive-through when I was hungry while on the road. Certainly on those days when I have a work lunch and steamed veggies are my only choice…

But I don’t crave the foods I used to eat. It’s probably politically incorrect, but I think producers of gluten-free foods and many gluten-free cooks spend far too much time trying to recreate forbidden foods instead of embracing the breadth of amazing foods that don’t require substitutions or degrees in chemistry to make taste just like their gluteny brethren. I’m certainly guilty of this to some degree.

I use substitutes or workarounds for wheat flour in ingredients. I keep plenty of gluten-free soy sauce on hand. I’ve made attempts at gluten-free baking.

Let’s face it: while gluten-free breads will always get better by gluten-free standards, it’s going to be a long time before they achieve the (low bar) standard set by Wonder Bread. Most gluten-free products — the ones trying to replicate forbidden gluten-filled favorites, I mean — contain a host of ingredients that are less-than-wholesome. As a result, many of these gluten-free prepared foods are often higher in calories and refined sugars than their gluteny counterparts.

When possible, I like to order a burger on a gluten-free bun. Or a sandwich on gluten-free bread. I do this because I want restaurants to know their are GF customers out there, and we love having options on menus. But I’m not craving these foods.

When people talk about the gluten-free diet being expensive, what they inevitably mean is gluten-free specialty foods are expensive. I’m not going to suggest they’re not worth it — cheese and crackers without the crackers is less…traditional. What I am saying is that one thing that makes our lifestyle so challenging is the pressure to recreate our gluten-filled pasts. It’s not just us, of course. Vegetarians have foods like Tofurky.

I receive weekly emails from a GF website I like, and so often, the recipes are recreations of breads, sandwiches, muffins, and desserts. And I just, well, I just shake my head. I don’t have time to mix a bunch of flours and bake something in the morning. Heck, I’m barely coherent enough to put on matching shoes! As I write this, I’m looking at a recipe that require 7/8 of a cup of flour mix…and wondering if I remembered to comb my hair before leaving the house.

I can have an omelette stuffed with fresh veggies faster and more easily than I can bake something. And again, I’m not craving these foods to the point where I am willing to put forth the effort.

I’ve written before about real foods (also known as Real Foods). Part of this stems from my concerns about nutrition; with gluten-free baked goods, I’m not convinced I’m getting something that is better for me. The other part relates to my concerns about putting so many chemicals in my body. And, then there’s the price: the cost of gluten-free breads, crackers, and other specialty foods is higher.

Being gluten free is hard, but I think sometimes we make it harder on ourselves than it needs to be by trying to recreate a past we’ve, by necessity, left behind. I believe it’s human nature to do so, but I find that letting go of my old habits, especially in my new world, is freeing.

And, to be honest, cheaper.

PS — I loved this article and (almost) all the comments: Gluten Free Bread: Why are you STILL eating it?  I’m curious to learn your thoughts.

Not all thickeners are made equal. For example, corn starch doesn’t do well at high temperatures, while potato starch does better. Sweet rice flour does well in sauces and desserts, and tapioca flour is a great thickener but has a slightly sweet flavor. I love rice flour for making a roux or gravy — it browns very well, and thickens like a dream. And all-purpose gluten-free flour is a great ingredient to keep on hand for everyday cooking.

I love gumbo — especially since I learned to use an oven to make my roux. It saves so much time, and the resulting base for the gumbo is a beautiful shade of brown. As with other stews, gumbo tastes even better the next day. And the next!