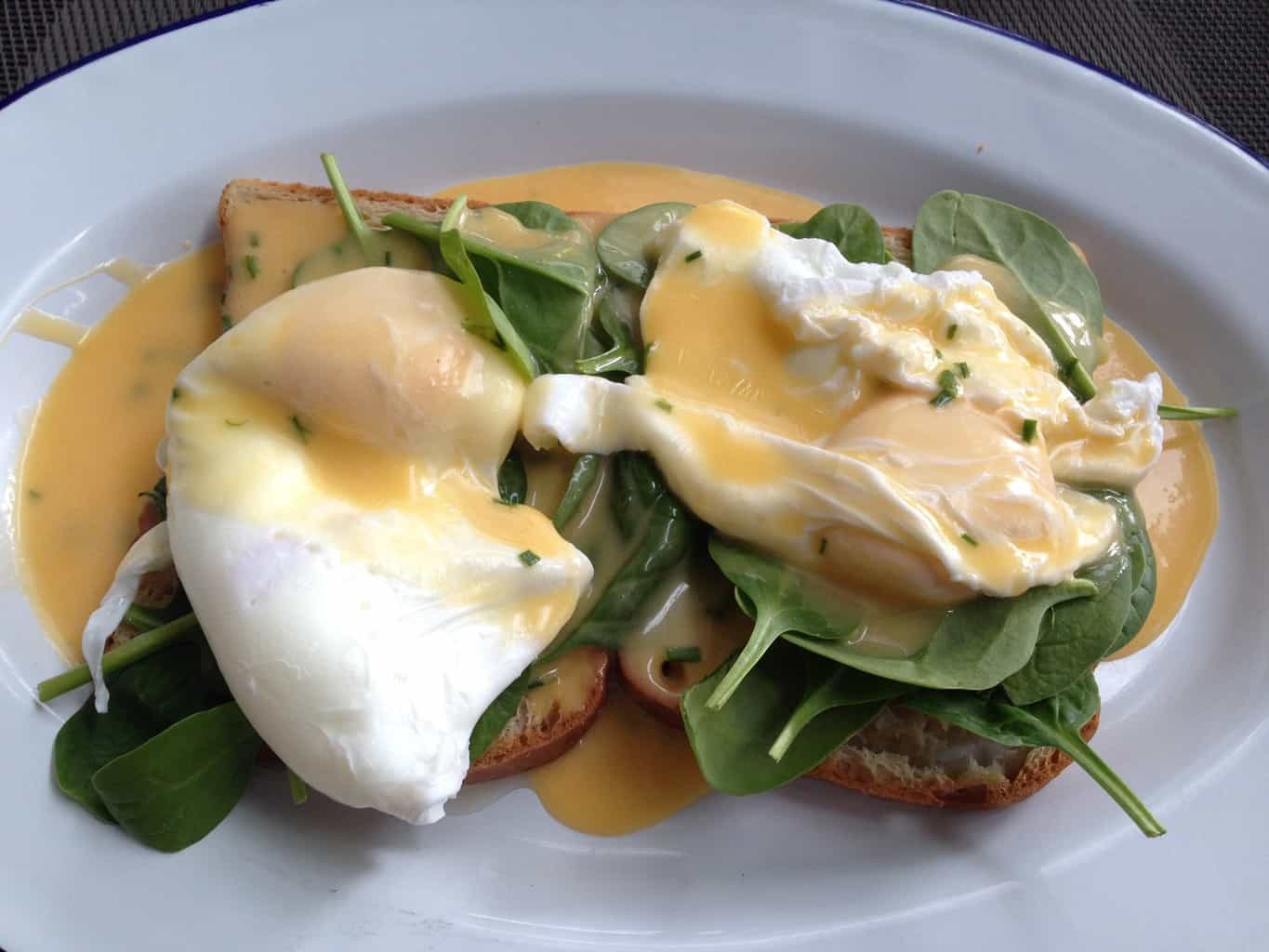 Be warned: Barcelona is a city designed for the hungry crowd. Restaurants and bars and cafes abound, and mealtime seems to stretch out all day — at one point, my husband noted there isn’t a fixed concept of breakfast, lunch, or dinner (though, if you’re looking for a full meal in the evening, note that many restaurants won’t even offer up a menu before 8 p.m., if not later!).

(See this post for a listing of restaurants where I found gluten-free options, plus a few I had on my list but didn’t actually eat at. And, if you’re visiting Sitges, a beach community about 30 minutes away by train, here’s a list of gluten-free restaurants for that city as well.)

Barcelona is also crazy for bread, the gluten-filled kind. At one stop, the owner expressed horror and sadness when told I couldn’t enjoy the bread. This, to him, was the worst of all possible worlds. Sometimes, I had to agree, sometimes.

Basically bread comes on the table (sometimes with an extra charge, so if you’re not going to eat it, reject it). It is tossed on plates as a garnish (make it clear you want your dish sin pan / sense pan [the former is Spanish, the latter is Catalan]). And it’s a major component of the near-ubiquitous pintxos (or pinchos, if you prefer the Spanish spelling) you find in tapas bars everywhere — avoid ordering anything from the pintxo menu to make your life easier.

First step, of course, is to have a card ready to hand restaurant staff; I use the GF Card app on my phone since it translates my dietary restrictions into a wide range of languages, including Catalan. We found varying degrees of awareness of gluten and celiac, but generally saying “yo soy celiaco/celiaca” (I’m celiac, though you’ll often the see the British spelling “coeliac”) gets the conversation started. Libre de gluten means gluten free. Sin salsa, por favor means no sauce please.

You’ll note that many items on menus are naturally gluten free. I became addicted to the Spanish olives on tapas menus — the varieties ranged from fat green olives to beautifully wrinkled tiny blank olives — and surprised myself by frequently ordering anchovies with olive oil and garlic. Often, patas bravas, fried potatoes topped with a spicy sauce, are prepared in their own fryers, making them safe for GF diners.

And, of course, there are cured meats as far as you can see. I didn’t repeat my Milan experience of having, and I quote my husband, a big plate of meat, but we both came close a few times. I should also mention cheese; I had some amazing cheeses on this trip.

Other dishes include Spanish tortillas: a mix of eggs, potatoes, and onions. Let me describe how good this dish is in one word: A-MAZ-ING. Fish — make sure it’s not dusted with flour! — chicken (including a fantastic braised chicken dish called Hot Pot Chicken), beef, pork…the list goes on. Fresh vegetables are everywhere. And, of course, many restaurants have salads; I enjoyed a great salad at a restaurant with with very limited gluten-free options. Tuna, eggs, lettuce, a bit of olive oil and vinegar…it totally hit the spot on a warm afternoon.

And, of course, there is paella. You often have to order this dish for two people, with pricing based on a single-person order, but the variety of paellas, from seafood to stews to pork ribs, is gluten-free heaven. I loved that even the smallest dish of paella provided leftovers for other meals — we were staying in a local apartment, so I was able to enjoy my paella for a couple of days since the portions were so generous.

One final note: English is generally spoken fairly well in high-volume tourist areas. As you move away from those regions/attractions, Spanish gives way to the more traditional Catalan language, making communication a bit more challenging. We made do with a mix of English, Spanish, and an English/Catalan translate app on our phones. If you have a good base of Spanish, most of the words can be readily translated…some, not so much.

Enjoy your time in Barcelona…and rest assured you will not leave that lovely city hungry!

The museums/attractions of Barcelona get really crowded, with long lines forming early in the day, but booking your tickets online is fairly simple, even if you’re only booking the night before. A QR code will generally be sent via email. Use this code for entry into venues.

Of course, this week’s menu is inspired by the many evenings we spent grazing over tapas rather than having a traditional meal. The centerpiece of this menu, the Spanish tortilla, can be reheated for lunch or breakfast.

Tapas are clearly designed for sharing, so this meal is perfect for parties, especially when friends drop by for a glass of wine. Set out a stack of small plates, some napkins, maybe some forks, and an assortment of nibbles…you’re set for the evening!