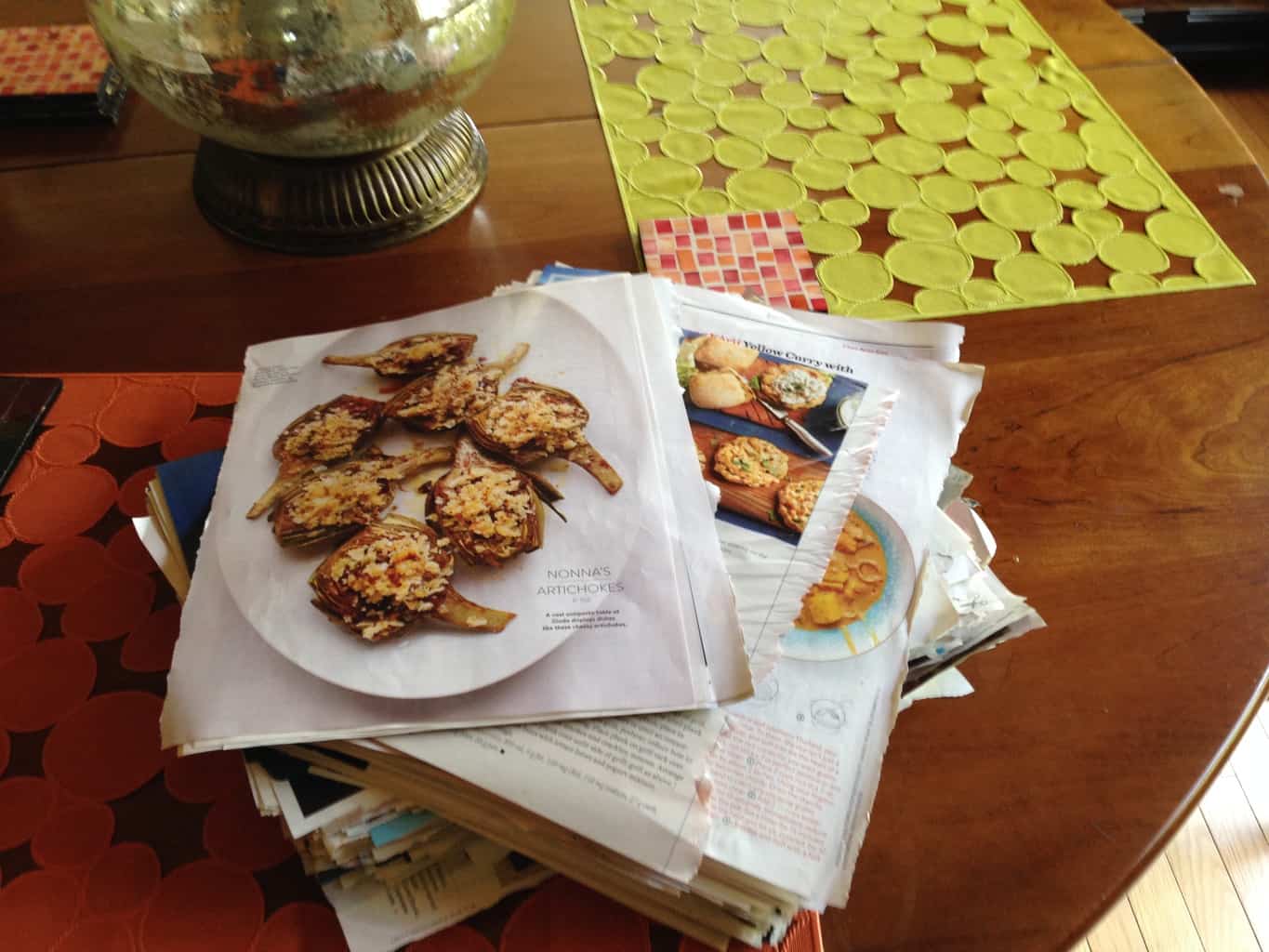 I am a recipe addict, and while I gear up for a piece on organizing your recipes, I’m also thinking about how I approach recipes. When I encounter something that sounds or reads like it will be delicious, I first scour the ingredients list.

The first thing I learned, oh so long ago!, was that so many more recipes are naturally gluten free than I expected. There are months when I rip out pages from Saveur or Food & Wine to save recipes that I can make without worrying about substitutions or workarounds.

Then there are the recipes that require a bit more thought. They require me to think about why the gluteny item is included, what it does, and how I can make the dish gluten free without sacrificing flavor, texture, or appearance.

Gluten-free bakers have written extensively on flours and combinations to make your baking life, if not exactly the same as before, pretty darn good. While I’m not much of a baker, I’m finding success with many of the recipes I’m trying…though, to be perfectly honest, I am a bit too impatient to make this more than an occasional thing. It’s a lot of work, and I applaud those who have the energy to make these great foods!

So, instead of focusing on baked goods (here’s a great primer for you by someone far more expert than me), here’s are suggestions for substitutions in other recipes?

What are your favorite gluten substitutes? Please share them.

Serious bakers weigh their flours instead of measuring them. Different flours have different weights, so before substituting flours in a gluten-free recipe, do your research. Brown rice and white rice flours may seem identical, but brown rice weighs more!

I love meatloaf — it’s a great comfort food. And it’s a great party food. I make it when my bookclub is expected at my house. My meatloaf recipe uses finely chopped mushrooms to keep the meat moise. I also use a mix of ground beef and ground pork. And, of course, one of my favorite aspects of meatloaf is how its personality changes based on the seasonings I use. Finally, you’ll note I don’t use a traditional loaf pan; I find baking on a foil-wrapped wire rack keeps the meatloaf firm because it’s not stewing in its own juices.