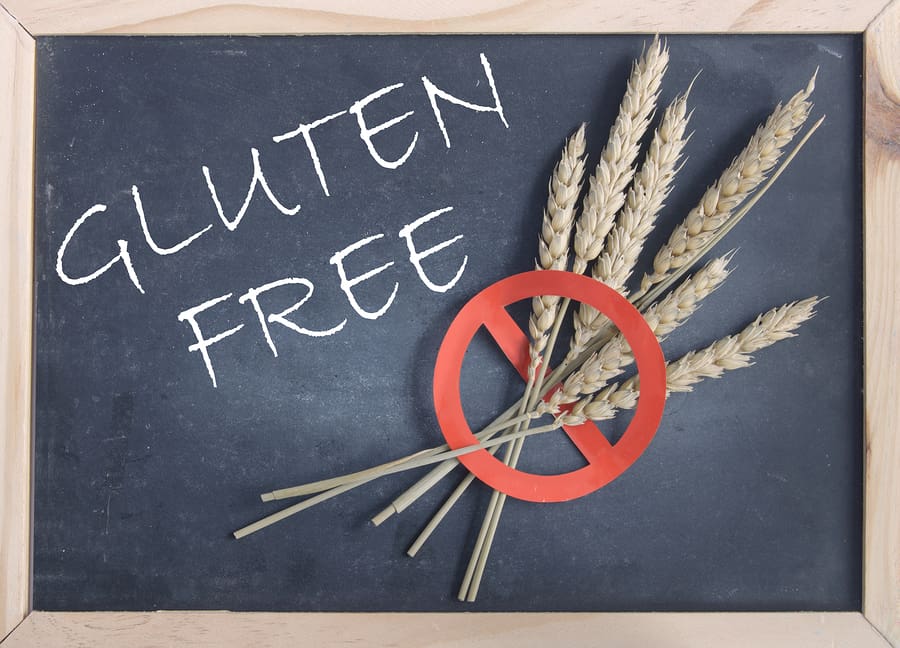 Even though the gluten-free diet is constantly in the news, there’s a lot of confusion about what it means. Particularly when it comes to determining what foods are and are not gluten free. Actually, it’s pretty simple: foods that contain wheat, barley, or rye (including triticale, which is a hybrid of wheat and rye) are not gluten free.

All other foods are.

These rules are very simple to follow when you’re shopping for whole foods — vegetables, grains, meats, dairy — all foods that are, generally, inherently gluten free (remembering that the grains you purchase cannot be wheat, barley, or rye). When you look at it that way, eating and following a gluten-free diet is pretty simple.

Except it isn’t. Wheat, in particular, finds its way into an astonishing number of prepared food items. Soy sauce, Thai curry sauces (something I’ve made dozens of times, yet never thought about spiking with wheat…while Safeway’s store brand went straight for that option!), soups, and, yep, beauty products. Wheat is so common in everyday processed food, and causes problems for so many people, it is one of the seven known allergens that must be noted on food labels.

However, wheat free does not mean gluten free. Barley and rye do not have to called out, so people following a gluten-free diet must be extra-vigilant. Malt vinegar is derived from barley, and barley is a common ingredient in beer (as is wheat). Caramel coloring may be derived from barley, though that is fairly uncommon in the United States. Syrups, cereals, sauces, and other foods may have barley-based ingredients.

In the United States, rye is a less-frequently used ingredient, most commonly showing up in breads and crackers.

In order for a food to be labeled gluten free, it must contain less than 20 parts per million (PPM) of gluten-containing ingredients. This is, by the standards of the United States Food and Drug Administration, among other government agencies, and various Celiac-advocacy organizations a reasonable standard. Some celiac patients can live comfortably with this standard, while others find even the tiniest speck of gluten problematic — they must be particularly vigilant even when purchasing foods with a gluten-free label.

When a person indicates he or she is gluten free, that means they follow a diet that excludes wheat, barley, and/or rye. This is a strict rule; you either are or aren’t gluten free. I am strictly gluten free, my sister is, too. I have a friend who is gluten-free friendly. She eats gluten sometimes, though tries to avoid it to reduce inflammation issues.

Questions about what is or isn’t gluten free? Check out my gluten-free FAQ page here. If your question isn’t listed, please drop me a note, and I’ll get back to you.