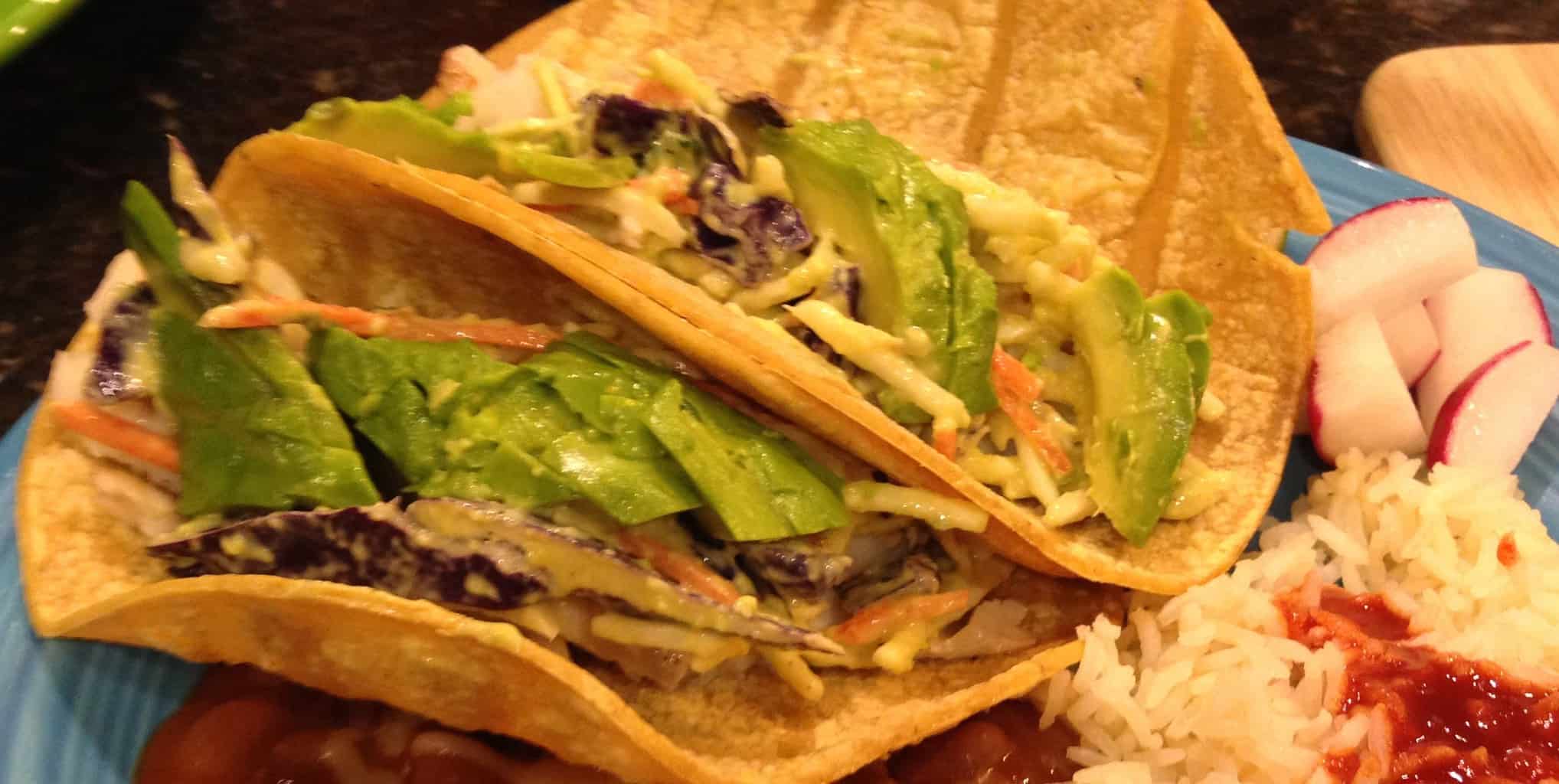 I have a weakness for tacos. Beef, pork, chicken, vegetables, and, most especially, fish tacos. I used to think I was a burrito girl, but, eventually, I had to be honest with myself: tacos won my heart way back when I was too young to realize I had a heart to give to food.

Back then, I was seduced by tacos from Taco Bell; it wasn’t long before I realized those were, pardon the pun, thin shells of tacos. Maybe Taco Bell’s recipes have improved since then, but I haven’t been back. Mostly because I’ve discovered tacos that make me crave them, time and again.

Generally, tacos are a safe gluten-free food to order in restaurants. Yes, you need to verify the corn tortillas — which also can be used to make awesome quesadillas — are made from corn only. While this is the norm, it seems the “artisanal” tortillas sometimes have wheat flour. Which makes absolutely no sense to this California girl. You want a wheat tortilla? There are plenty to be had!

The basic recipe for tacos is this: lay one (two if you want to double-wrap; I’m always saving calories!) heated corn tortillas on a plate. Spoon a savory filling in the center (see below for suggestions). Top with a tangy or spicy slaw (see this second post on Slaws, Sauces, and Extras), or a bit of shredded veggies. Add cheese if you want. Drizzle a little hot sauce over the whole thing. Fold in half. Eat.

Some ideas for filling those tacos:

What are your favorite tacos?

Heating tortillas. I usually do my tortillas old school: over a gas grate, turning them by hand. I do not recommend this! Instead, put a stack of six tortillas on a plate, cover with a damp paper towel, and heat in 30-second bursts until hot. Keep warm in an oven. Or, just heat them in the oven. Heat the oven to 350 degrees, wrap six tortillas tightly in foil, heat for about 15 minutes or so. I’ve also used this method on the grill.

These tacos are so easy, and you can have them on the table in under thirty minutes. While the grill is heating, I season the fish and make the slaw. Put the rice on the stove (or reheat leftover rice in the microwave). The lime juice brightens up the beans. I like the tanginess of tomatillo salsa, but any salsa will do the trick.