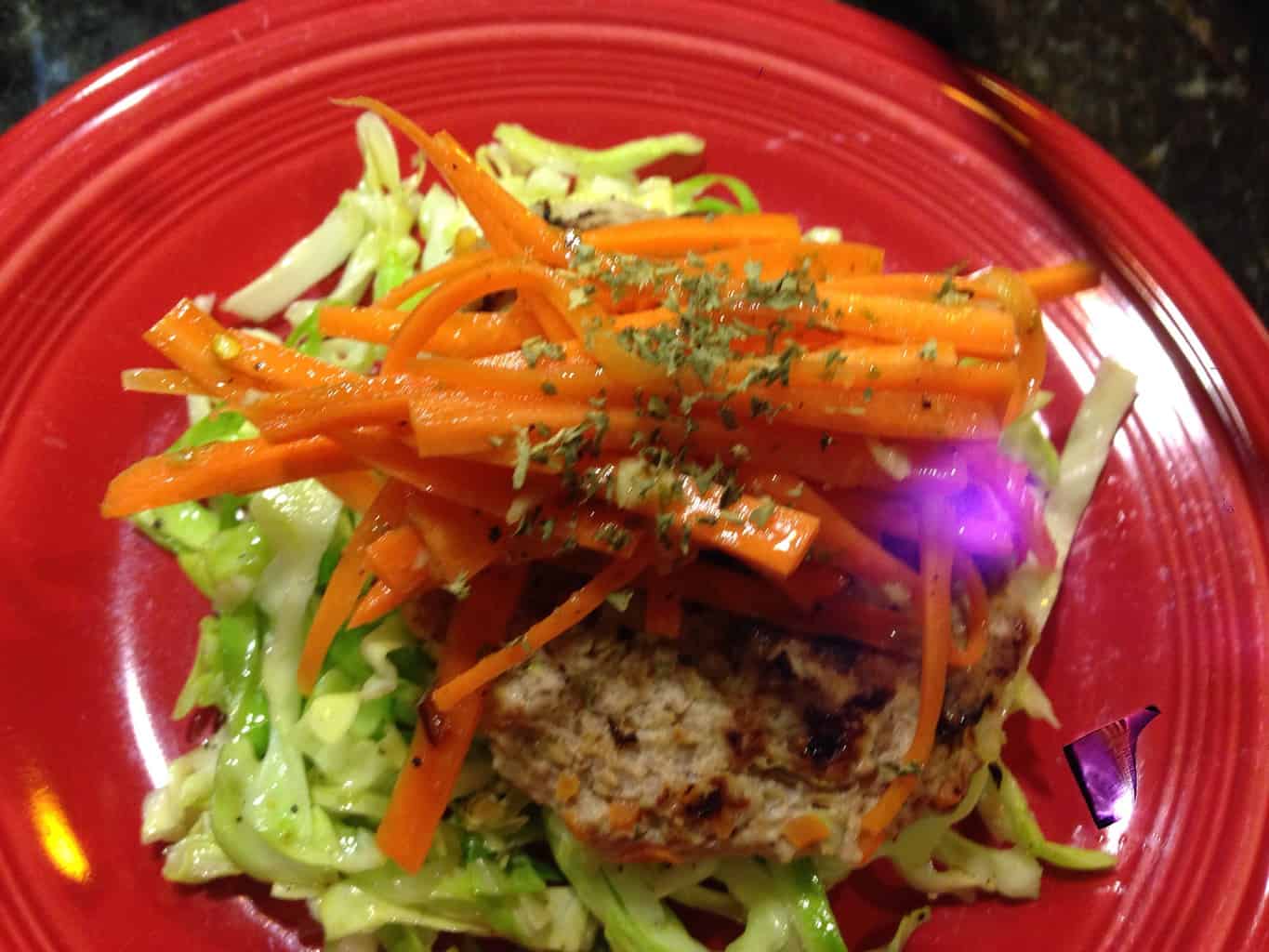 My first exposure to cole slaws was in the form of a container that came with a bucket of Kentucky Fried Chicken. My younger sister dubbed it “cold slop”, and, frankly, her name was fairly accurate. It was…fine from the perspective of an eight-year old palate, but not anything that would make me actively order cole slaw if I encountered it on a menu.
Times change, tastes mature, and I discovered that I love the stuff. But I never really made it for myself. It always seemed…complicated. I mean, you had to shred cabbage, then make a dressing, then, you know, toss the cabbage and dressing together.
Which, when you break it down like that, is pretty much a simple salad.
Actually, if you’re just throwing together a quick slaw for a weeknight dinner, that is pretty much all it takes. Except good slaws require a bit of finesse. The method I just described will create a workable slaw — and sometimes that’s all you need — but it won’t create a slaw that retains its crunch for a good long time.
There are a few simple tricks that will elevate your slaw to picnic-level perfection, and they’re super simple.
Dressings for me depend on what I’m making. I love a creamy, mayo-based dressing when I’m serving something spicy — a Piri-Piri style chicken cools down a bit when served over a creamy dressing. I also adore a simple vinaigrette with tons of pepper, an idea I stole from a local restaurant, when cool, acidy crunch is what I need.
A local restaurant serves its homestyle slaw with buttermilk and blue cheese. It is addictive. Or mix up some other veggies into your slaw. Carrots and zucchini (salted as noted above) add great flavor. Crumbled bacon with a blue cheese dressing? Oh yeah…
I also love jicama and radishes with a citrusy dressing. And broccoli makes a wonderful slaw, plus you get bonus points for a creative use of the stems. There are so many options for slaws beyond cabbage.
Of course, since I love a good cabbage-based slaw, however you want to serve it to me is just fine!

For most cole slaw recipes, adding sugar (brown, white, agave, honey) to the dressing helps offset some of the bitterness that is inherent to cabbage. In fact, lately I’ve been adding brown sugar to lots of recipes. It adds a certain je ne sais quois that I love.

I confess to serving two different cabbage slaw recipes this week. One involved a creamy dressing and spicy, spicy chicken (see link above). The other involved two salads: a peppery vinaigrette topped with a turkey burger and a carrot salad.
I let my carrot salad and slaw rest in separate colanders, a bit of salt in each, while I made the burgers. While the burgers were grilling, I dried and dressed both veggie salads. The results were just amazing, though I’m thinking grapes or raisins in one of the salads would have been perfect.
Next time.
Signup for our Gluten-Free meal planner and newsletter
Gluten-free recipes and lifestyle tips delivered weekly