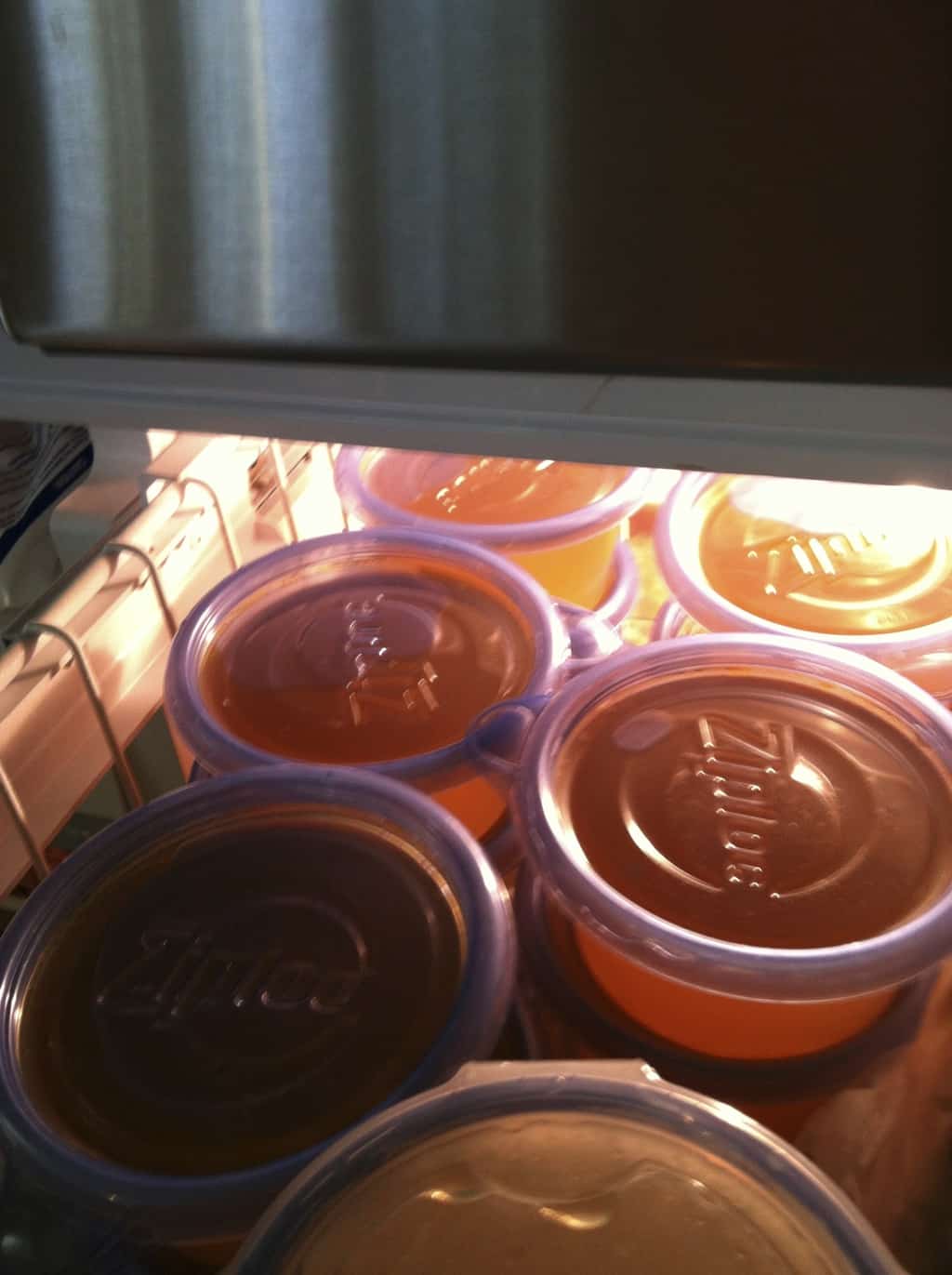 As I write this, I have a big pot of Bolognese sauce simmering on the stove. It smells incredible. Normally, this isn’t a sauce I’d make in the middle of summer, but I had a large number of tomatoes ripen while we were out of town. I believe they wanted to be turned into sauce.

I have two plans for this sauce. First, a mid-week lasagna. Since I use no-cook gluten-free noodles, I can throw it together pretty quickly. Dinner will take about an hour total (including time to let the lasagna sit after baking). Having the sauce made in advance means the hard part is done.

The second plan I have for this sauce is to freeze half of it. I usually make my Bolognese sauce with cream, but if I omit the cream and pop meal-sized containers of sauce into the freezer, I’m good to go the next time I crave pasta with a meaty tomato-y sauce. I’ll just stir in a couple of tablespoons of heavy cream as I reheat the sauce.

In addition to freezing foods I’ve cooked, I also make a quarterly trip to Costco to stock up on staples, including meats. I love storing them in meal-sized portions…and I love knowing I have food ready for meals any day of the week. And, as evidenced by the photo above, I am always making and freezing chicken stock. I go through so much of it, buying it at the store would be very expensive.

This is so important when you’re gluten-free!