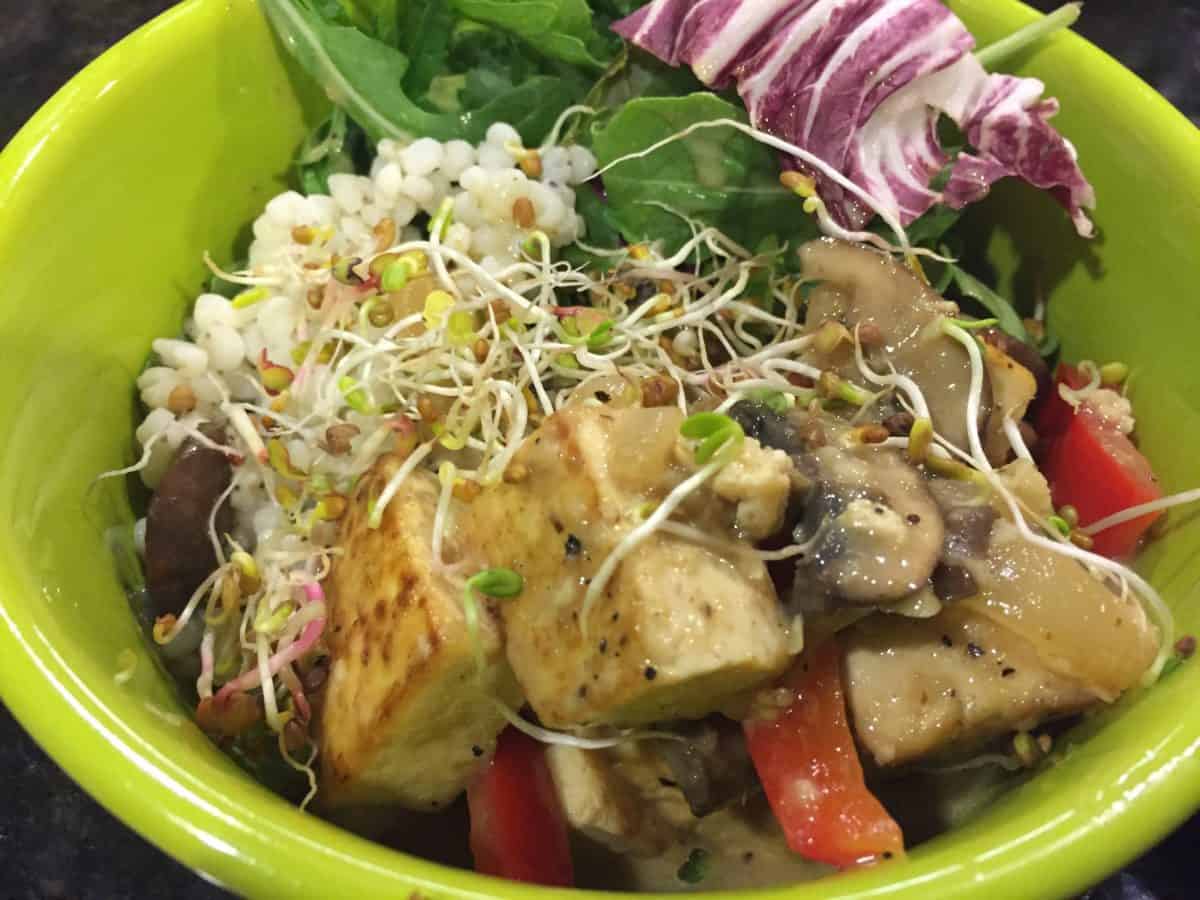 Low-carb, vegetable-based pizza crusts are all the rage, and I enjoy trying new combinations. So far, our household favorite is a crust made from spaghetti squash. The mildly sweet squash is very sturdy, and works well with lots of toppings.

Of course, the crust is gluten free, which makes it that much better.

Note that in the recipe below, I recommend squeezing as much liquid as possible from the squash. Really put some muscle into it as the drier the squash, the better the crust! 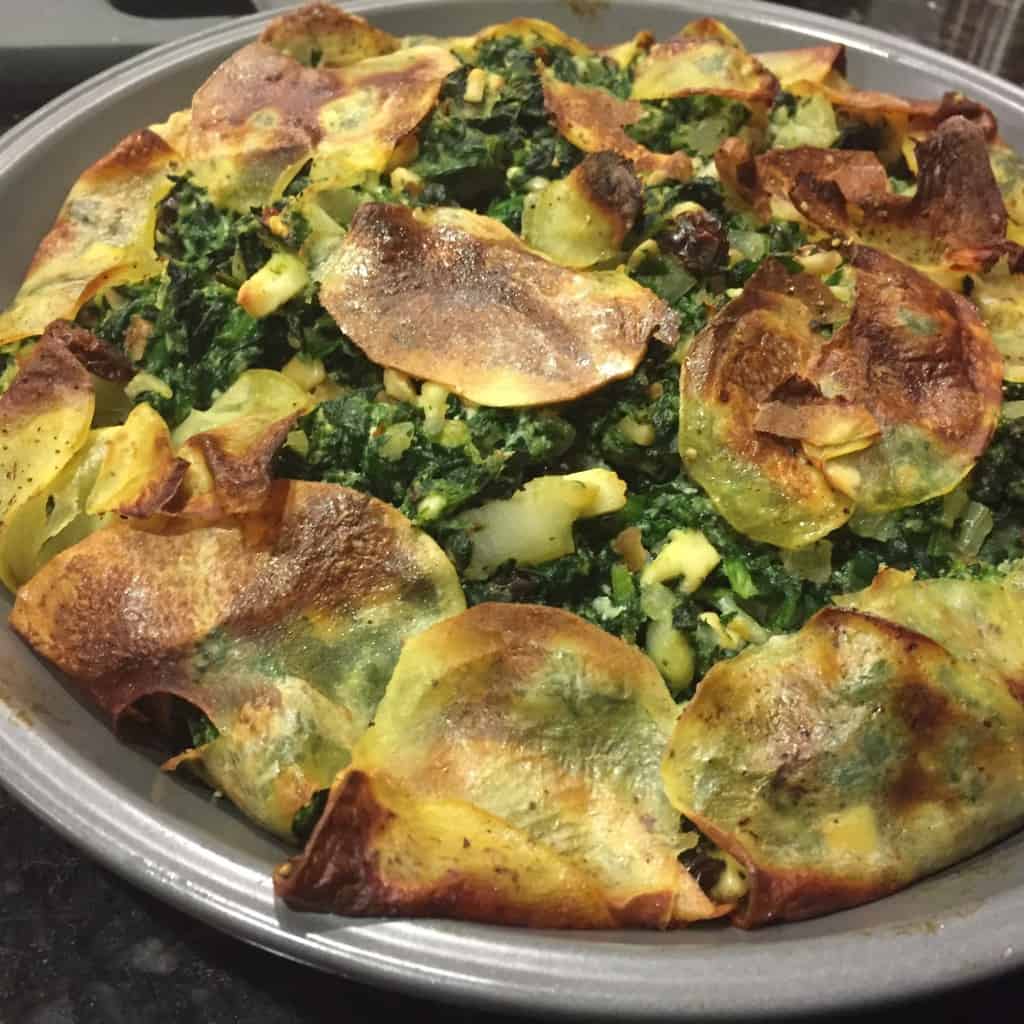 My sister, except for a brief period of time, has been vegetarian her whole life. When I took over Thanksgiving duties from my mother — something that made both of us happy — I made it a point to include a main dish that worked with my sister’s dietary restriction. That dish was a riff on spanakopita, a phyllo dough-wrapped spinach dish. I made mine as a casserole, featuring rice.

What I didn’t know at the time was that I was feeding my sister — and me — something that was making us very sick. We are both now gluten free and much healthier for it!

But I do miss that dish. It was a perfect vegetarian (though not vegan) main course, packed with flavor and nutrition. I’ve finally taken the time to recreate the dish, this time using thinly sliced potatoes in place of phyllo. As with that long-ago dish, this one was a hit (and gone the next day!).

This versatile recipe is perfect for weeknight suppers. It can be made vegetarian, vegan, or with the meat of your choice. The flavors can be modified to suit your fancy. And it reheats like a dream, making it perfect for lunches.

I love to serve this dish over braised greens — spinach or chard do just fine. 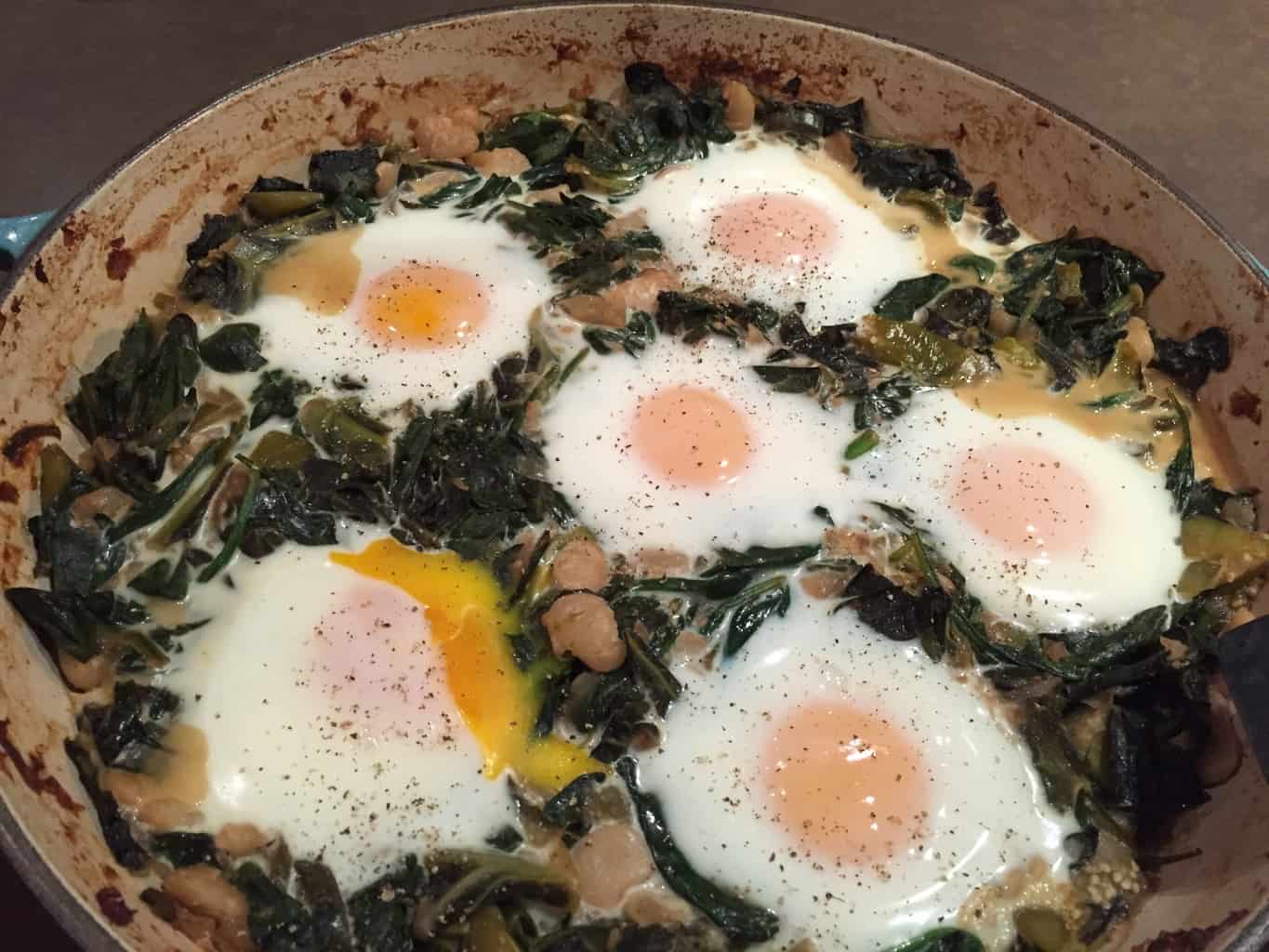 I’ve never been a huge fan of tomatoes, though I am trying (and finding them to be less, well, icky than I tell myself). But when I tried an Israeli shakshuka — a dish traditionally made with tomatoes and peppers — in a restaurant, I fell in love. It’s a breakfast dish, but I’d eat it any time of day or night.

One evening, I was playing with tomatillos and greens, considering a chile verde type dish. I didn’t have a plan, and I didn’t have any pork handy. I did have eggs, and it made sense to add the eggs to the dish. Voila! Later, I poked around the Internet for ideas to improve this dish; weirdly, what I found came out as a cross between one of my favorite ways to prepare greens and this final dish. The real difference is the tomatillo, which adds a lot of tanginess to the dish (and makes it a bit juicier than the greens alone).

Serve this to vegetarians and they will think you’re a genius. Serve it for brunch. For dinner. Take leftovers for lunch. You will thank yourself. I promise. 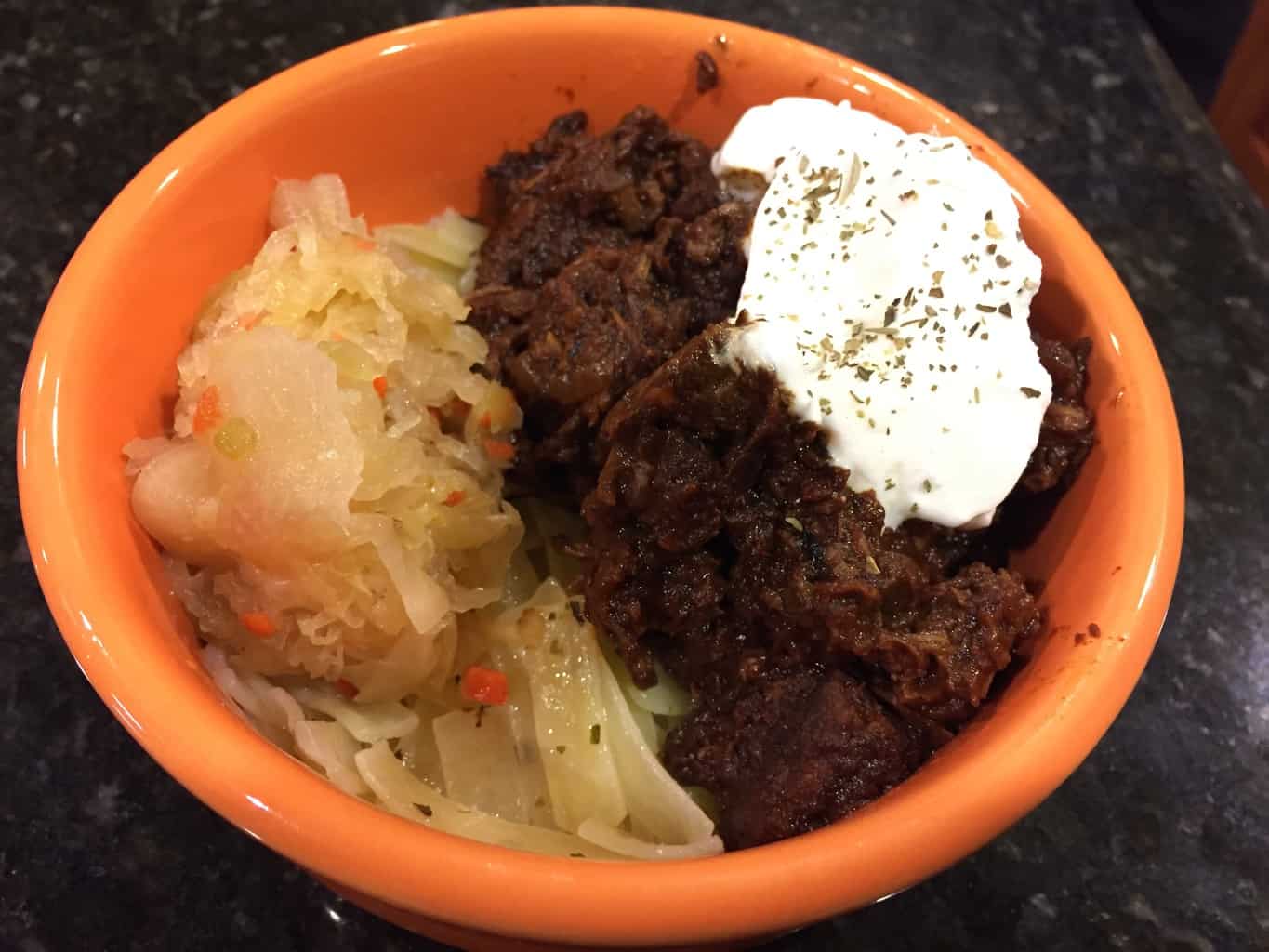 I like to pretend it’s my Hungarian heritage that draws me to to this dish, but the truth is I love stews of all kinds, at any time of year. This braised dish sits on the back of the stove for a few hours, filling your house with the scent of paprika and yumminess. Oh, and it’s effortless to make this dish gluten free!

To offset the heat of the paprika, the recipe uses a bunch of onion. These cook down into the sauce to add a rich sweetness that will have you reaching for second before you realize it!

My recipe calls for a thick sauce that clings to the beef, but if you like a looser, soupier sauce, that is fine. The sauce will soak into buttered noodles, rice, or even gluten-free rolls.