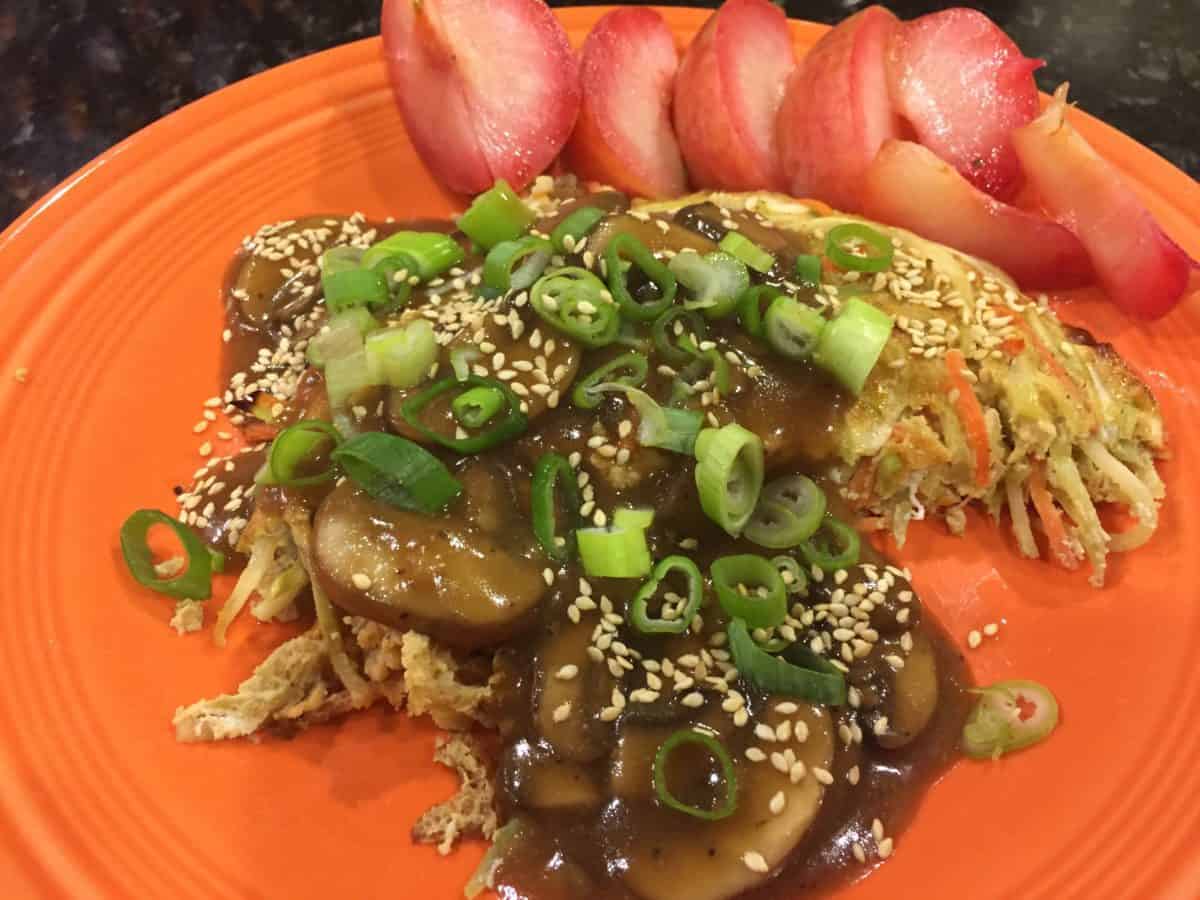 There are, by my count, a zillion ways to make this dish, but all are essentially braised chicken with preserved lemons and green olives…and a fantastic sauce to be soaked up by gluten-free pasta or rice. Modify the flavors as your mood strikes, adjusting spices to evoke dishes from Morocco to Spain. 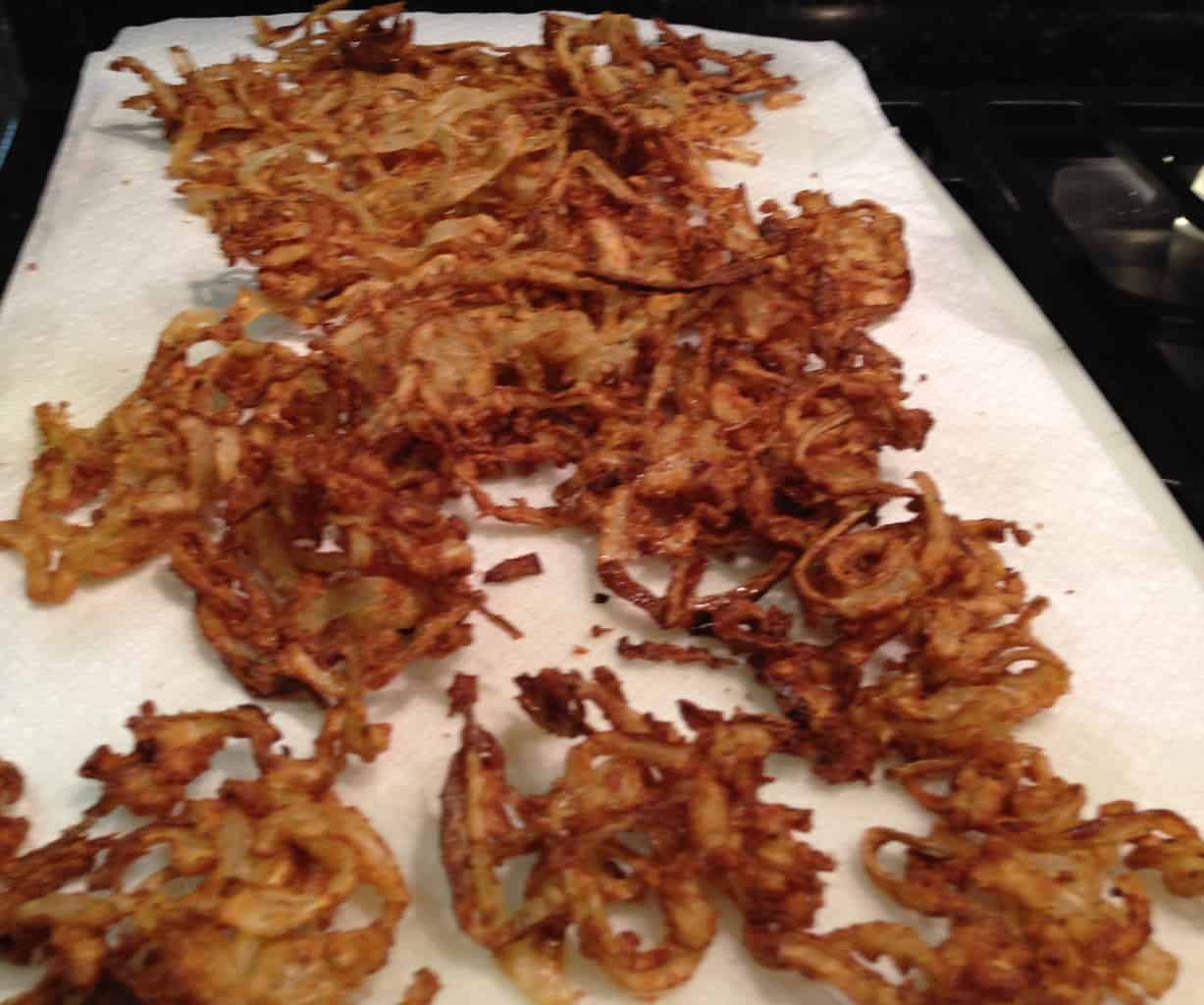 I’m going to warn you up front: if you make these, make a lot. More than you need for whatever recipe you’re making. Trust me on this. You will find yourself “tasting” just one, then another. And another.

Your husband will grab a few, just make sure they do taste all right. Anyone who walks by the pile of fried onions will indulge in a taste test. Before you know it, you will have to lay down the law: no more tasting until you’re sure you have enough for the recipe.

After that, it’s open season for crispy fried onions. No point in having leftovers, right?

This gluten-free version of stuff you traditionally buy in a can during the holidays is so addictive, you’ll discover uses beyond green bean casserole just because you can’t stop eating them! 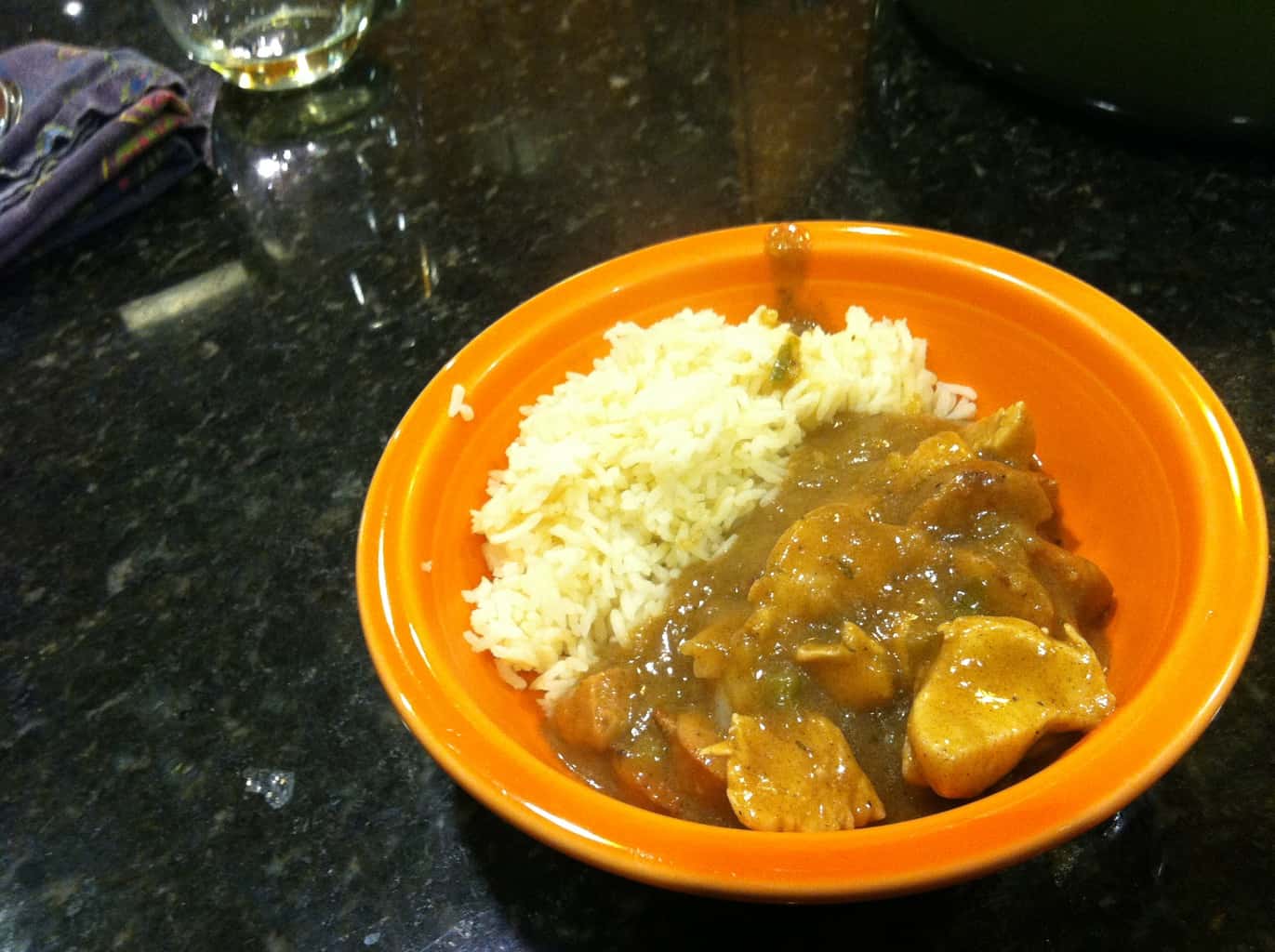 For the gluten-free eater, gumbo is one of those foods we will likely never enjoy in a restaurant. At the heart of this dish is the classic New Orleans-style roux — a mix of flour and oil cooked until it is a rich, deep brown. Roux is synonymous with gumbo.

But I love gumbo, and knew I could make an excellent dish using gluten-free flour, specifically, in my case, Bob’s Red Mill All-Purpose GF flour. I also borrowed a trick from Alton Brown, using my oven to build my roux. This allowed me to do all my prep work while the roux turned a gorgeous shade of chocolate brown.

You can make chicken gumbo, shrimp gumbo, vegetarian gumbo, gumbo with okra, without okra. It’s your gumbo. This recipe has everything but the okra (which I prefer served on the side, lightly fried rather than in the stew itself). As a bonus, gumbo served over steamed rice makes an impressive they’ll-never-guess-it’s-GF party dish!