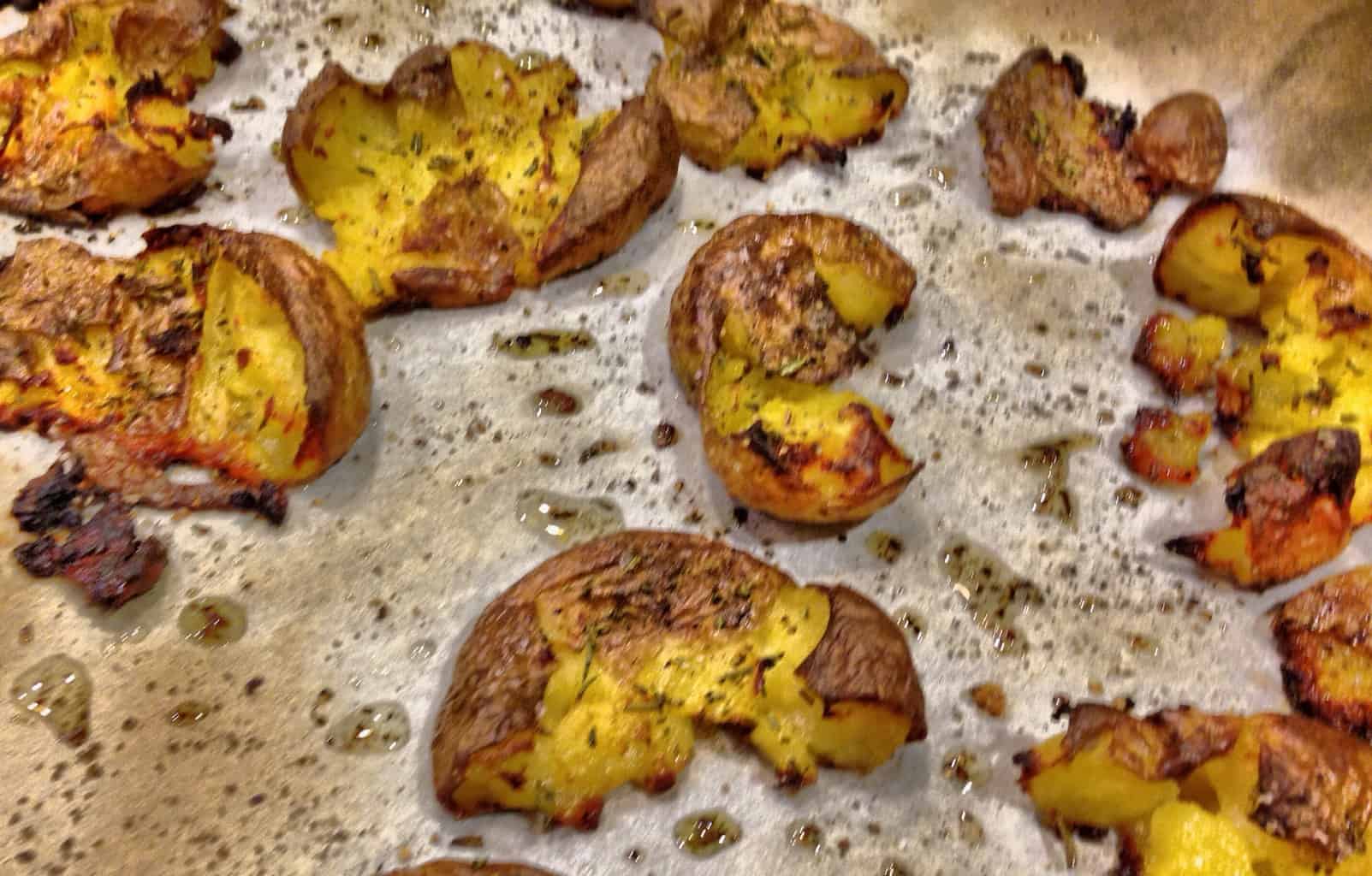 It’s probably no secret that I am a carb eater. Rice, potatoes, and, in the old days, sourdough bread were always the stars of my eating repertoire. While things have changed in my world, they haven’t changed that much. I still believe potatoes are one of nature’s (gluten-free) perfect foods.

And in my pantheon of potato dishes, I rank mashed potatoes at the top. Not only are they delicious, but they also remind me of my grandmother, an amazing cook. Even my mother, a dedicated non-cook, makes great mashed potatoes. It’s clearly a family tradition! END_OF_DOCUMENT_TOKEN_TO_BE_REPLACED 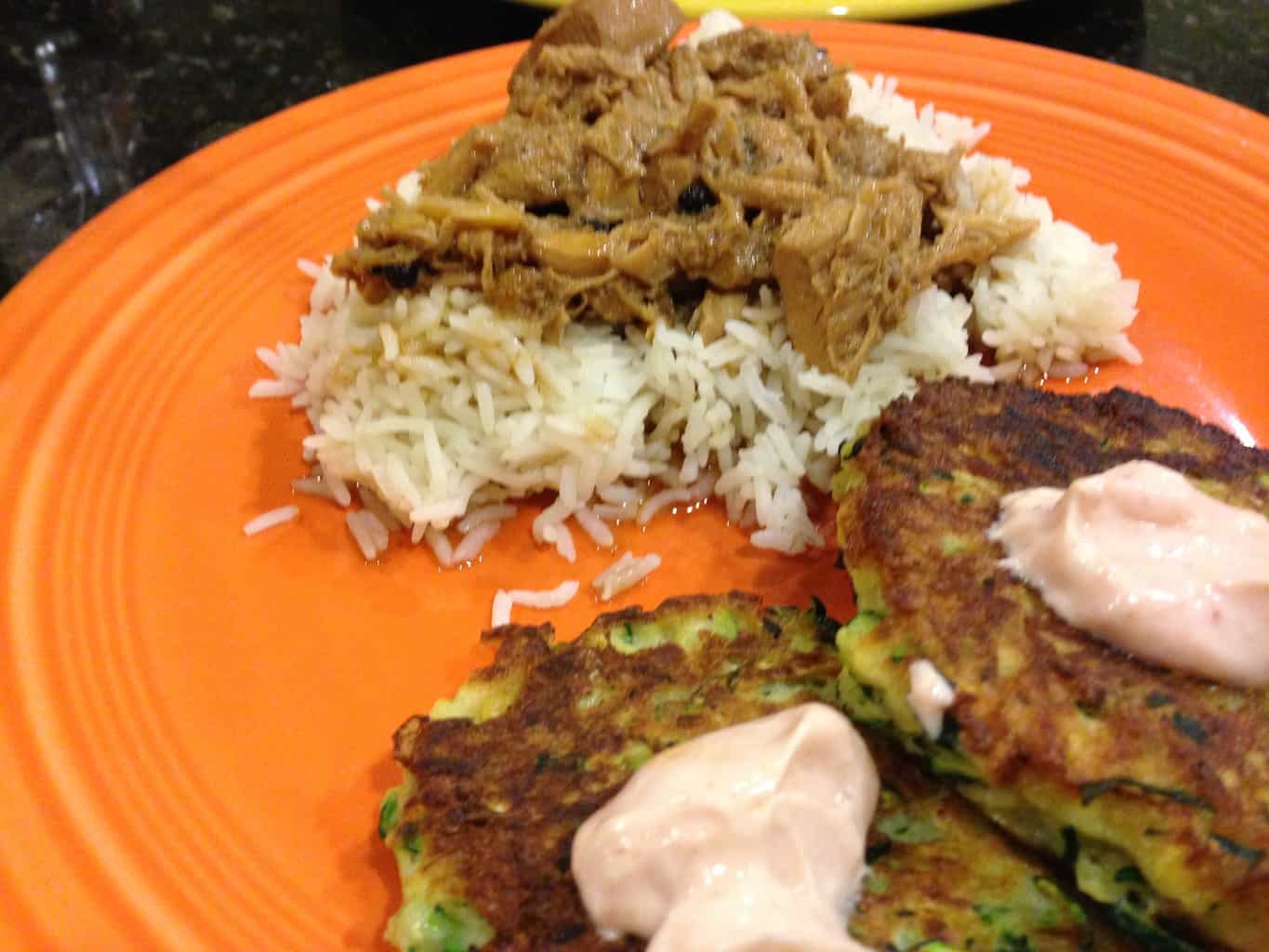 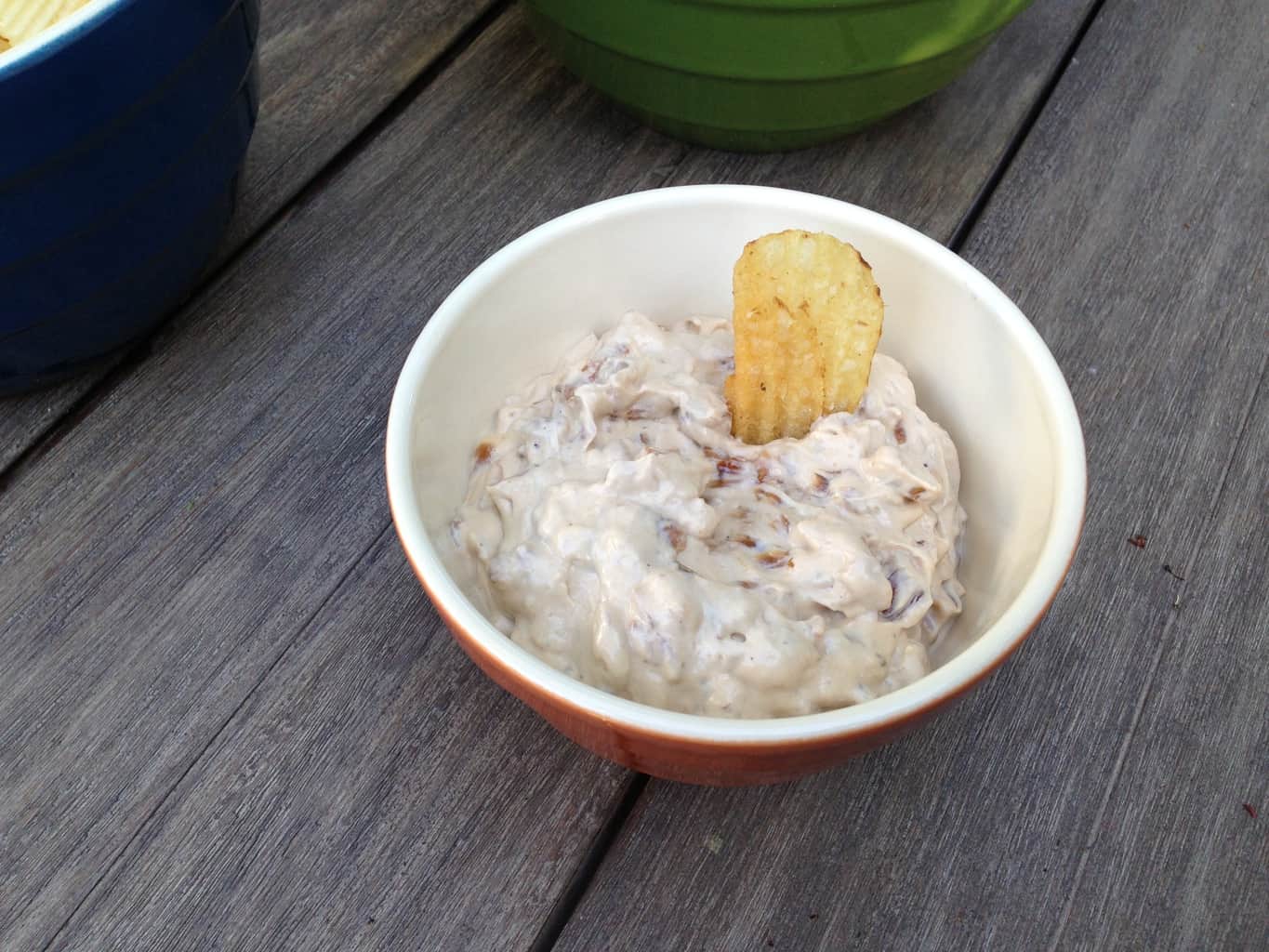 For a few years, I had the nutty idea that healthy appetizers should be served at parties. I slipped them in alongside chips and dips. It sorta worked…the chips and dip always disappeared, and, yes, people went for the carrots and celery. Because they were even better covered in onion dip.

Since commercial dried onion soup mixes can contain gluten (as of this writing, it contains a barley product), I had to come up with my own recipe. Luckily, there’s nothing I enjoy more than letting onions caramelize on the stove while I’m making other foods for a party. This recipe makes a good amount of dip — adjust ingredients to fit the number of people you’re feeding.

And don’t be surprised to find every bit of it gone by the end of the evening!

Twice baked potatoes are a fun way to make our friend the potato something special. If you use a microwave to cook the potatoes, this comes together pretty quickly on a weeknight.

The key to twice baked potatoes is what you do with your mashed potato filling (plus, well, that sprinkling of cheese on the top of the potatoes). You can go as basic as salt, pepper, and butter. Or you can fancy your potatoes up with Greek yogurt or sour cream. Whatever strikes your tastebuds.

When life — or the season — gives you sweet potatoes, the creativity comes out. It turns out, these great veggies are pretty much in season all year round in Southern California. What I used to think of as a holiday food, served over-sweet and mushy, is now an everyday part of my cooking repertoire.

Thus, yes, allowing me to prove I can serve meals that don’t feature ordinary rice or variations on regular potatoes. Add the obligatory comments about the healthiness and lower calorie count of sweet potatoes here (and those claims are, of course true).

Since I’m not Jewish, latkes are just another way to make potatoes interesting. And since I usually have more sweet potatoes than regular potatoes on hand, well, the connection was obvious. When I searched for basic recipes, I was pleasantly surprised to find a recipe by my friend Sarah topping the search results (see the link in the Notes section). Her recipe was the basis for mine.

Needless to say, I make enough for leftovers during the week. Yummy! 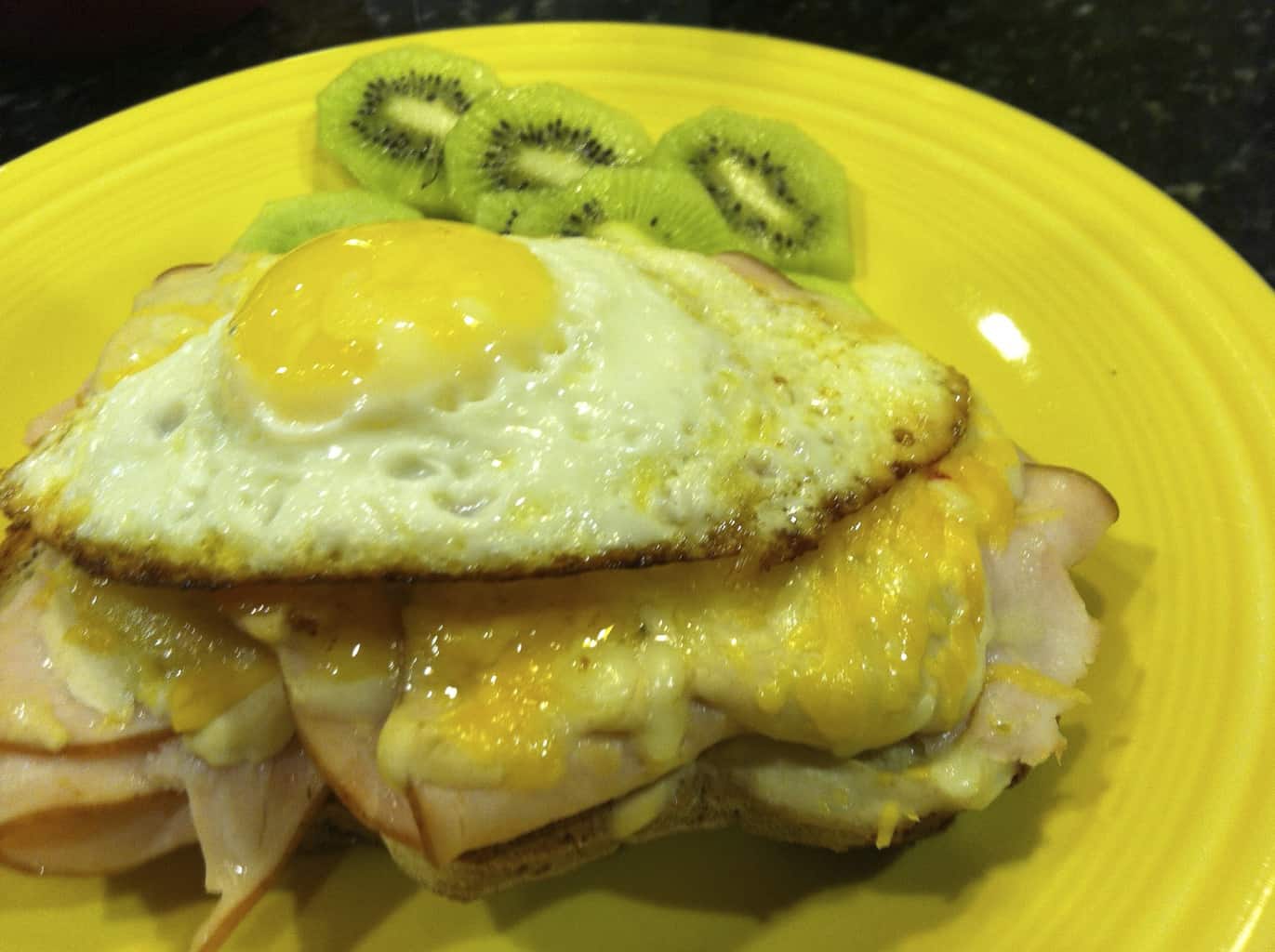 A Croque Madame is, basically, an open-faced sandwich. A bit of sliced ham, a freshly fried egg, some tasty sauce…and you have a quick meal. In this gluten-free version, you simply use GF bread as the base of your sandwich.

Traditionally, this sandwich is made with ham. I actually prefer to use thinly sliced turkey when I’m in the mood for a lighter, less salty taste. Of course, once you have the basics down, you can play with the ingredients to suit your needs.

One other note: traditionally, a bechamel sauce is used. I prefer using a tangy substitute to save time.